Ambuscade has been updated with all-new foes and spoils on top of a new currency, Gallantry, for participating as a group. Furthermore, a reservation has been added on top of a variety of other adjustments.

Master Trials have been added for the most cutting-edge of adventurers to tackle and a new crystal storage system has been introduced, providing yet more new elements to experience this month.

Read on for details on the version update. 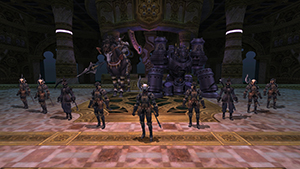 Master Trials are incredibly challenging battle content against the most powerful notorious monsters seen to date intended for those who are able to stretch the limits of their jobs to their utmost. New types of battlefields will be added in subsequent version updates.

* Players joining the instance must be in possession of this item.

* Players must have achieved job master status in the job they desire to play in the content.

1. Speak with Emporox in Reisenjima and exchange 500 potpourri for a copy of a Treatise on Monochromacy item.
* This requires completion of Rhapsodies of Vana’diel.
2. Trade the treatise to the Runic Seal in Alzadaal Undersea Ruins (I-9) to enter the battlefield.
3. Vanquish all the designated foes.


・Between three and six players may participate.
・The time limit is sixty minutes.
* Players may remain in the area for three minutes after the battle has ended.
* Players will exit the arena once the time limit is reached or upon use of the undersea ruins fireflies temporary item.
* The gilded doors and gilded gateway in the hallway connecting the entrance with the combat zone may not be used after combat has commenced.

* A system message will display if you are unable to obtain the rewards.

These items can be used to augment equipment purchasable with hallmarks. Needles enable the player to switch between augments obtained via Abdhaljs thread, Abdhaljs dust, and Abdhaljs sap while maintain the ranks of said augmentation.

1. Trade an Abdhaljs needle together with the piece of equipment whose augment you would like to change to Gorpa-Masorpa in Mhaura (G-9).
2. Select your desired augment. 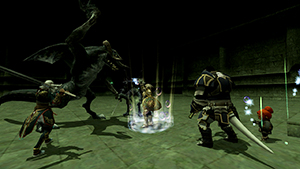 1. Examine the ambuscade tome and select the type of Ambuscade and difficulty level thereof.
2. You will automatically be registered if the system detects that there are no issues with the layer area or registering player character.
3. A message will display for the registrant when the combat zone is ready.
4. Examine the ambuscade tome within three minutes to join the fray.

Players will be unable to register if any of the following are true.

Players registration will be canceled if any of the following conditions are met.

Those Who Lurk in Shadows / Ode of Life Bestowing 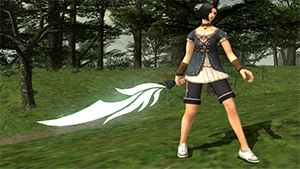 Antonia in Upper Jeuno (H-8) now sells Superior 1 equipment. In line with this adjustment, the items sold by Coumuna in the same area have also been adjusted.

* Similar help text will be added for other items going forward.

An NPC located outside various guilds will store elemental crystals and clusters, with a total of 5,000 storable for each element.

Ephemeral moogles located in the following areas will store crystals for players.

* When trading multiple types of crystals or clusters, they will be accepted in the following order: fire, ice, wind, earth, lightning, water, light, dark.
* Crystals count as one crystal, while clusters count as 12.
* The trade will be canceled if it would put the total at more than 5,000.

1. Speak with the ephemeral moogle and ask to have crystals returned.
2. The moogle will inquire as to which element you would like. Select the appropriate one.
3. Designate the number you would like to receive or instruct the moogle to return as many as you can hold.

* Clusters will be given instead of 12 crystals whenever possible.
* You will not receive crystals if the number you designate would put you over the limit of free space in your inventory.
* Selecting as many as you can carry will provide the player with stacks of clusters to fill their inventory, with the remaining slot being filled with any odd number of crystals (11 or fewer).